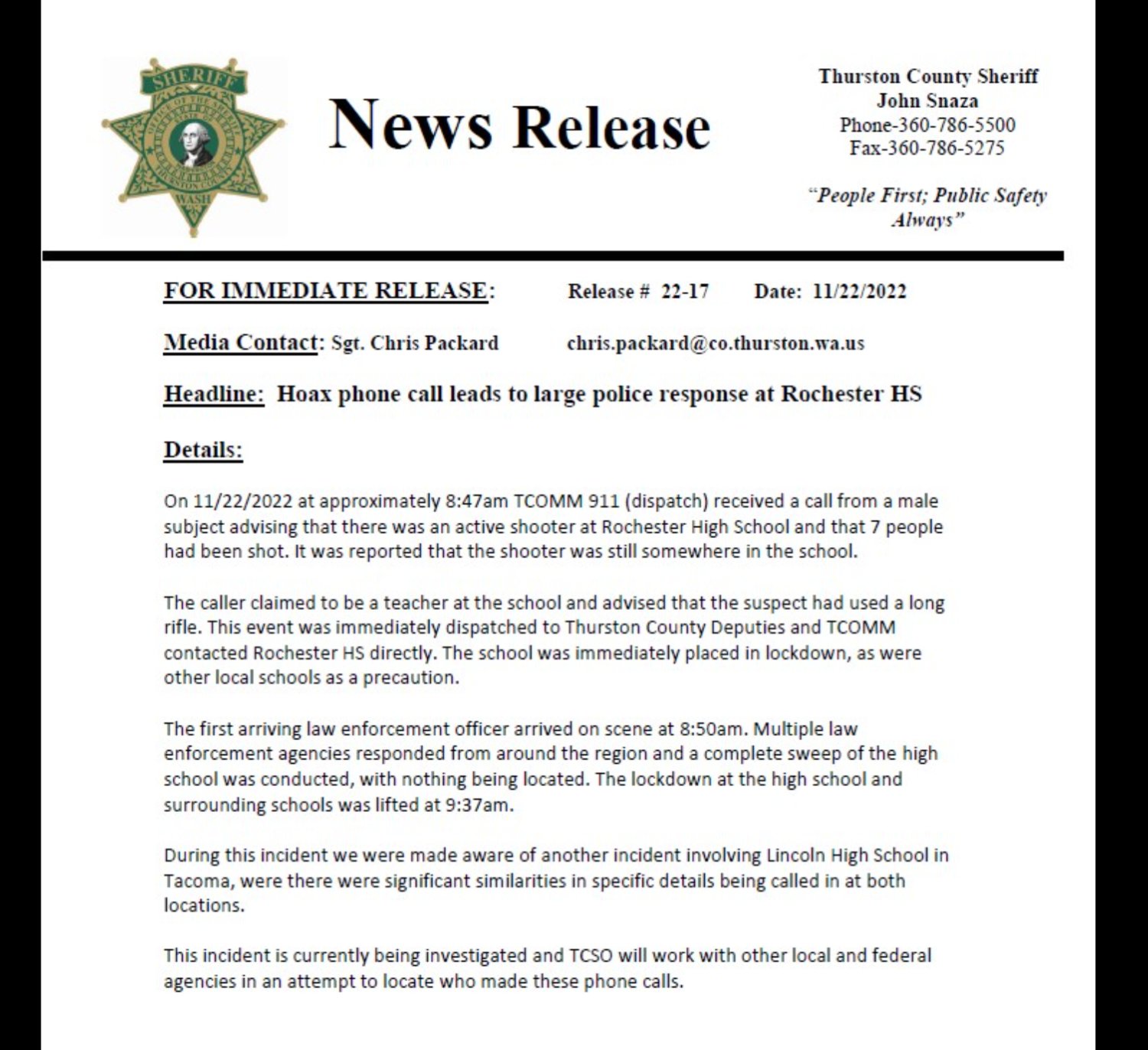 The Thurston County Sheriff’s Office is investigating a false report of an active shooter at Rochester High School that locked down the school Tuesday morning.

The 911 call reporting the active shooter came in at 8:47 a.m. on Tuesday, Nov. 22, and was the only call dispatch received on an alleged incident at the school, according to the Thurston County Sheriff’s Office.

Law enforcement from multiple agencies responded, quickly cleared the building and confirmed there were no injuries, no active shooter and no credible threat to the school.

“The Rochester High School staff and students just did a great job. They did everything right,” said Superintendent Jennifer Bethman. “We were fortunate that this event wasn’t more of an imminent danger, threat. But then we did have to implement emergency response protocols. It just validated why we practice, in case this ever should happen … even though this was a false threat, it's still something that was very scary. It was a stressful situation for all of us.”

Law enforcement are looking into the possibility that the false report was tied to other potential hoax cases around the state, said Sergeant Chris Packard of the Thurston County Sheriff’s Office.

The practice of making false reports of active shooters to emergency services has become an unsettling trend nationwide.

Between Sept. 13 and Oct. 21, 182 schools in 28 states received false calls about threats, according to data collected by NPR. CNN reports that the FBI is working with state and local law enforcement on investigations into those incidents.

Rochester High School continued the rest of its school day as normal on Tuesday, with a caveat that they’ll be a slightly bigger law enforcement presence down there just as a precautionary thing, but at this point we have no credible threats,” Packard told The Chronicle on Tuesday.

A large number of students did go home with their families Tuesday morning, said Bethman.

“I think, you know, after something like this, you just want to hug your kids and want to make sure they're okay.”