Most of the scoring came in a late barrage in the first half, with freshman Sophie Hagseth scoring in the 25th minute off an assist from Karlee VonMoos, VonMoos assisting another goal in the 28th minute to Rocio Ruiz de Velasco Guillen, and a third first half goal off yet another assist from VonMoos scored by Destiny Roller in the 31st. 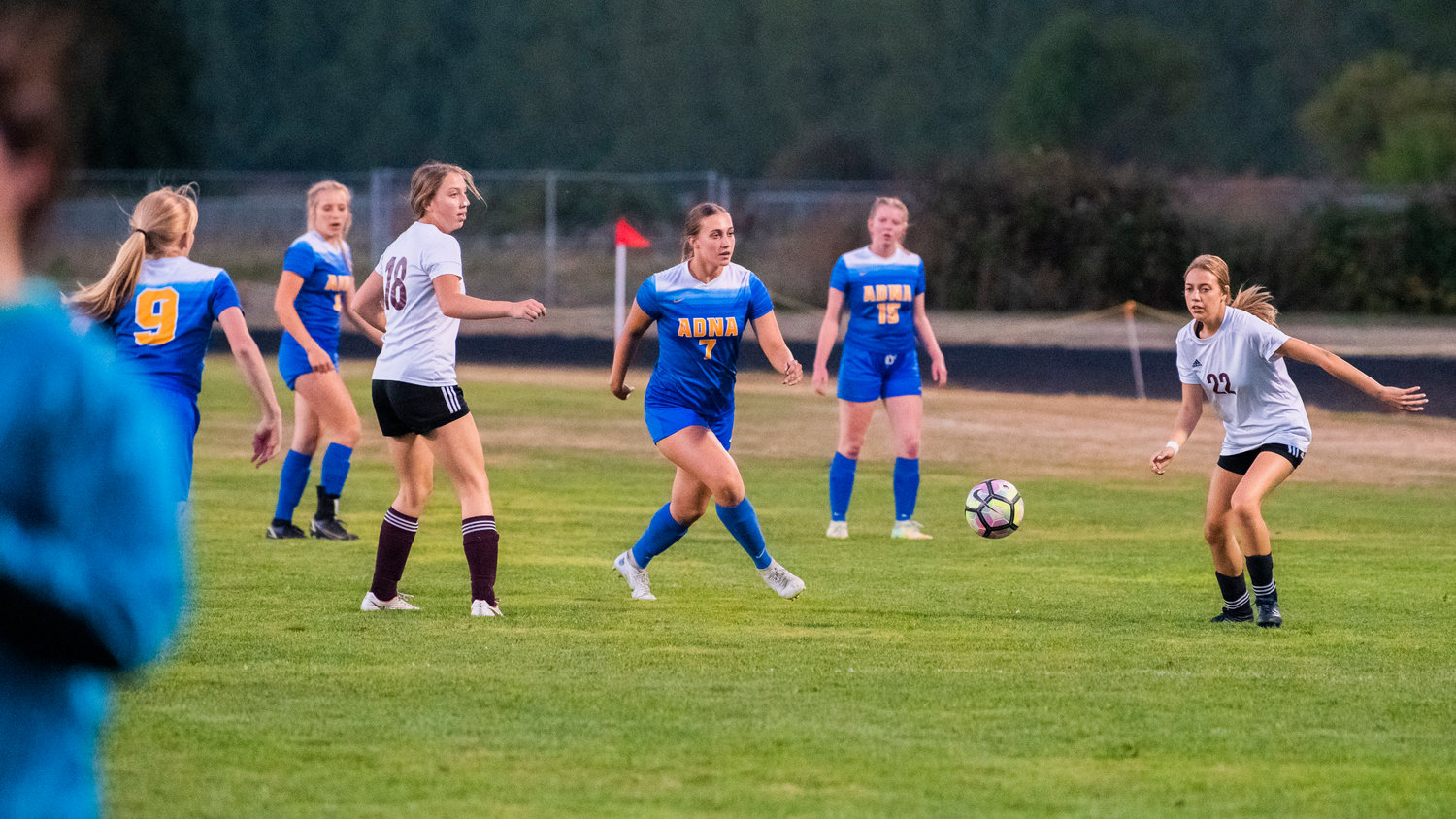 That momentum carried into the second half, with Alainna Roller adding a goal in the 54th and Bailey Naillon adding another in the 68th. Those were assisted by Ava Humphrey and Destiny Roller, respectively.

The Pirates outshot the Ravens, 33-0, in another dominant possession game.

“We came out with good pressure from the start,” Pirates coach Patrick Richardson said. “It took awhile to get the shots to actually settle, but once they did, they looked good. With every game, things start falling into place sooner and sooner in the game.”

Adna takes on Ocosta on Wednesday at 6 p.m. next.